How You Can Ensure a Robot Won't Take Your Job 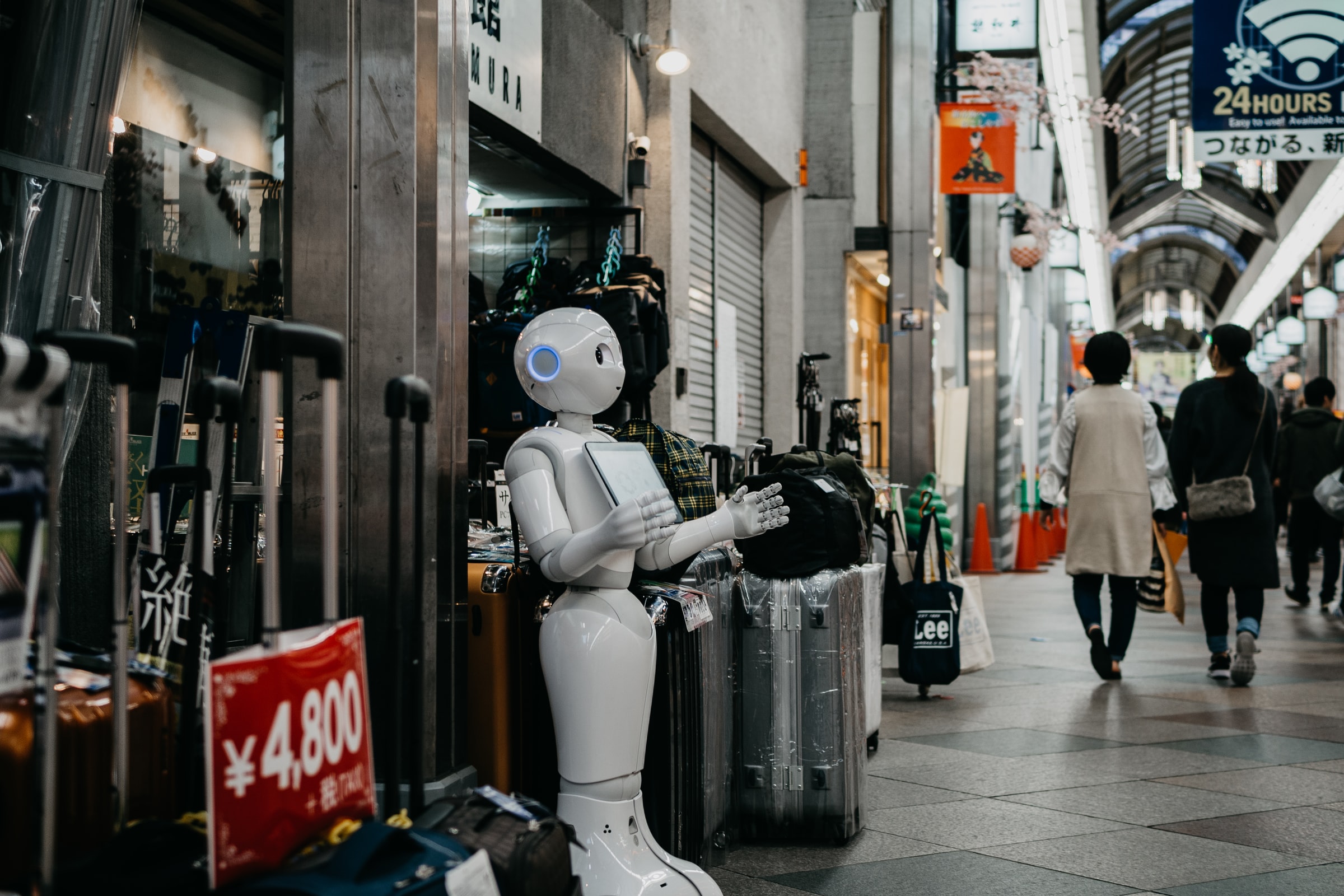 The Future of Jobs Report released by the World Economic Forum last year estimated that as many as 85 million jobs could potentially be displaced by 2025. A shift that is largely being driven by advances in AI and automation technology.

For example, Natural Language Processing enables chatbots to recognise and interact with people who are often unaware they're not talking to a real person. Similarly, progress in Robotic Process Automation has meant that manual tasks such as managing expenses and verifying payroll systems that were previously carried out by employees are now automated.

If you're a graduate looking to take your first step on the career ladder, it's crucial to know that entry-level roles that perform routine tasks are most at risk. Thankfully, while that section of the report may seem slightly ominous, it also forecasts that many more jobs will be created off the back of this technology - approximately 97 million.

In fact, according to a report published by Dell Technologies and authored by the Institute For The Future (IFTF), 85% of the jobs that will exist in 2030 haven't even been invented yet. While on the surface that may seem disconcerting, these advances in technology actually represent amazing opportunities for today's graduates.

First and foremost, with new roles being created it's fair to assume that a lack of experience will no longer be a disadvantage for graduates in the application process, something that 31% of them surveyed in 2018 cited as being the main barrier to employment. Whereas previously younger workers would lose out to more experienced applicants, the emergence of these niche roles mean that it's now very much a level playing field.

Additionally, the more ubiquitous technology that automates repetitive tasks becomes, the likelier it is that roles focusing on more creative and intellectually engaging tasks become available for graduates, often leading to higher salaries.

Despite these opportunities, it's natural to have some trepidation about entering the workforce. Graduates moving forward will have a lot more choice than those who have gone by in previous years which can often produce a "choice paralysis".

The abundance of options brought about as a result of these complex technologies means in order to give yourself the best chance of pursuing the right career path, it's important to invest time into researching which areas you're a fit for. This process can be done by asking three simple questions.

As with many other questions in everyday life, the answer can be found on Google. Type in the degree you're studying or industry that you're currently working in alongside "future jobs" or "job trends" and with a bit of digging, you'll quickly find out which direction the wind is blowing.

While I'd encourage you to do your own research, when I followed the process as described above, I eventually landed on the graphic below which highlights jobs in various sectors that are expected to grow in the coming years, courtesy of the World Economic Forum's - The Future of Jobs Report.

2. What jobs in the future could you do?

If you've identified some of the jobs on the left-hand side of the graphic above as ones that you have a keen interest in pursuing, we're off to a great start. Now it's time to see specifically what's available within each of those emerging areas.

Armed with this, you can now start to investigate what's available in your chosen field and evaluate what roles sound most exciting to you using sites like LinkedIn and Glassdoor. Taking sales as an example, you may come across a position such as a Sales Development Representative, a role that requires (amongst many other things) that you hit key performance indicators such as leads generated and qualified meetings booked.

On LinkedIn, I’d suggest searching people who are already in that role, connecting with them and engaging with their posts. Send them over a message (preferably referencing something that they posted about) and introduce yourself. Based on both my own experience and people I've talked to, you're more likely to get a response when you've shown you've done your homework.

You can articulate that, as someone who is just entering the workforce, you’re curious to learn more about their journey and how they got into that role. Don't be heartbroken if they don't get back to you, rinse and repeat the process until someone does. If you personalise it well and you reach out to enough people, you will get a response.

Ask to schedule a "virtual coffee" and use that time to learn more about what the day-to-day of their job entails, how they got the position, and what skills you may need to stand out as a candidate for a similar role. This will give you an insight into what companies are hiring for right now, and the level of experience you need to be considered for those positions. If you're lucky, the connections you make may even end up getting you a referral, a topic previously covered in another Gradguide Insights post.

3. How do you acquire those skills?

While the vast majority of people graduate college with a strong foundation in the area of their degree, this is often not enough to get you hired. Technologies are moving so fast that your degree is in reality - only a starting point.

Working off of the assumption you don't have all of the required skills you find out through this conversation, you need to upskill. Upskilling is the process of gaining knowledge and advancing your skills through additional education and training, and it can often be the difference between getting a job and not. It's that simple.

In order to be a competitive candidate, you need to learn the latest tools and digital trends in your industry. To give a simple example, if you studied marketing in college and want to work as a Social Media Coordinator for a B2C brand, you probably should know how to use TikTok.

Once you have an idea of where your skill gaps lie, it's time to fill them. Write a list of the required skills you've identified for the roles you're applying to (based on your conversations with people in those roles and job descriptions you come across) and set time aside to do training and certifications.

For example, if you're looking to pursue a career in marketing, you may see those open roles require that you have proficiency in Google Analytics. There are a plethora of courses available online both free and paid that will offer you a solid understanding of the fundamentals of the platform.

There are also specialist providers such as Coursera, Udemy, Hubspot, Skillshare and LinkedIn Learning that offer training in nearly every area you can imagine. If you're looking for a good place to start, we've also compiled our own list here of some courses we'd recommend.

Employers are always on the lookout for people who've invested time into bettering themselves and sharpening their skillset. So once you've acquired these new skills, remember to update your CV and LinkedIn with your new certifications included and be ready to talk about them in an interview setting.