How to Set and Reach Your Career Goals 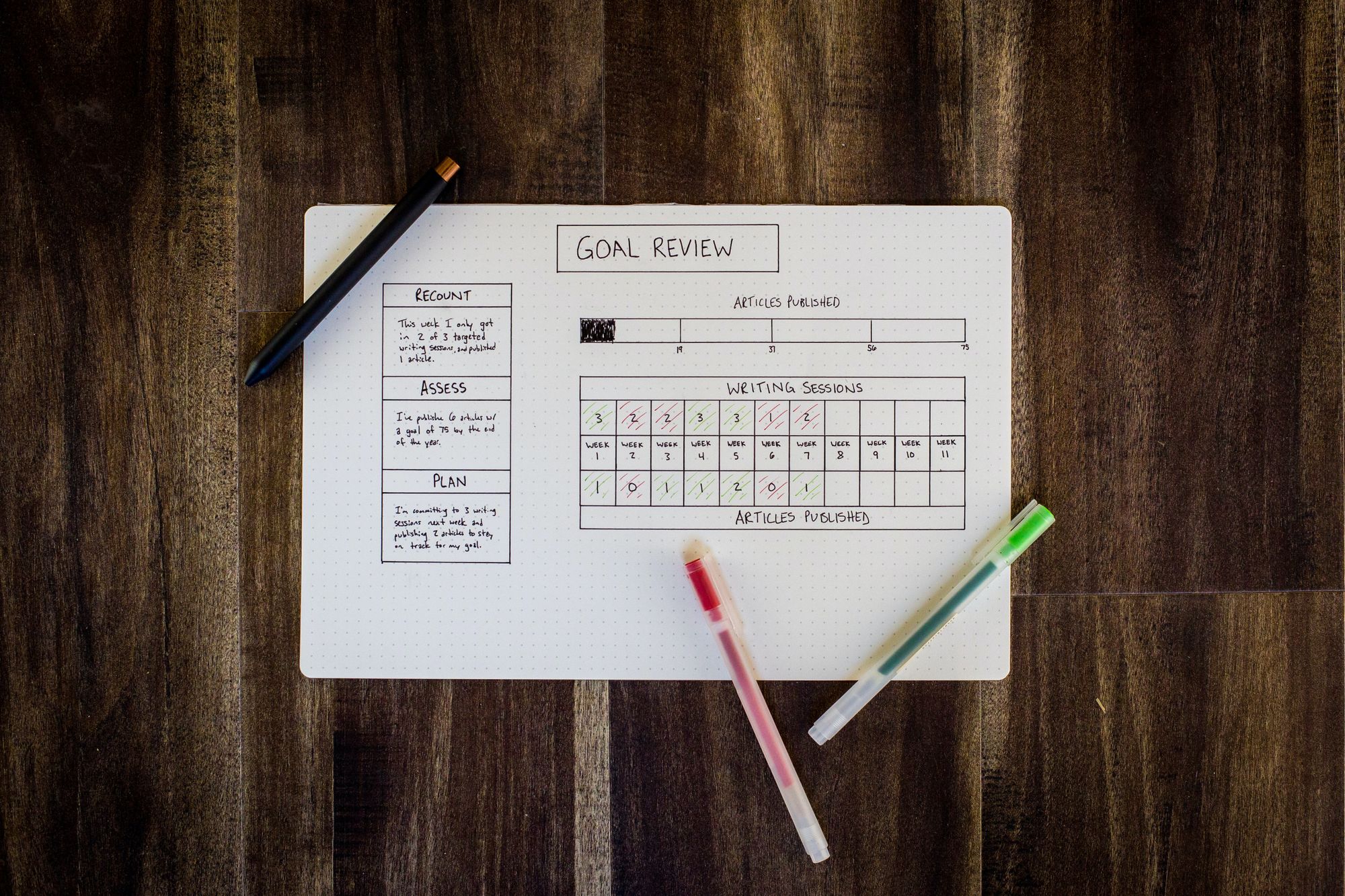 You've likely heard quite a lot about the importance of goal-setting before and the role it can play in your success. In fact, it seems that in modern society, we are constantly being encouraged to think about what target we need to hit next or milestone we want to achieve. I’ve always been a fan of setting goals for myself and have often used a new year as a catalyst for a “fresh start”. However, like many others, I’ve often found it difficult to maintain motivation beyond the first couple of months and inevitably fail.

In life, prevailing wisdom claims that the best way to achieve our goals is to ensure they're SMART - specific, measurable, actionable, realistic and time-bound. This is with good justification too as there are countless stories of successful people who followed this framework and are more than happy to share their "blueprint."

However, there is an inherent survivorship bias in this outlook. What often goes unnoticed is that there are many more people who had the goals that followed that framework who didn't achieve them. In any interview process, it would be fair to assume that every candidate wants to get the job but often there is only one person who succeeds. So if successful and unsuccessful people share the same goals, then surely the goal can't be what differentiates the winners from the losers?

Unfortunately, an often overlooked part of the process, particularly when it comes to the early stages of your career, is the science and strategy behind how to accomplish your goals. That’s what this guide is here to offer. Our goal-setting framework involves four steps:

But first, what is goal-setting?

Goal-setting is not simply about choosing the rewards you want to enjoy, but also considering the costs you are willing to pay in order to get there. While asking yourself broader questions such as "what you want to achieve" or "what success looks like" will help you picture a final destination, it gives very little thought to the journey involved.

Having a goal is the easy part. Anyone can sit around and think about losing more weight, earning more money or getting their dream job but not everyone has the capacity to endure the work and pain it'll take to achieve those goals. Therefore, the real challenge is not determining if you want the result but if you are willing to accept the sacrifices required to achieve your goal. Essentially, do you want the mundane process that comes before the excitement and glory of the outcome?

As a graduate, it can be easy to sit around and think about what job you want but it is an entirely different thing to accept the tradeoffs that come with getting it. The reality is everybody wants a great job at an exciting company but few people are willing to put the work in to actually get one.

How to set goals

What often looks like a problem of goal setting is actually a problem of goal selection. What we really need is not bigger and better goals, but better focus. In life, it's natural for goals to emerge and for us to get excited about new opportunities. This can often lead to what psychologists refer to as “goal competition" which suggests that one of the greatest barriers to achieving your goals is often the other goals you have.

For example, imagine you have five goals, one of which is to find a new job. In theory, you'd split your time proportionately between each goal and progress would be relatively linear for all five. However, given they are competing with one another for your time and attention, both finite resources, it's natural to have to reorganise your priorities to the goal or goals that are most important.

The well-worn excuses of "there aren't enough hours in the day" or "if only I had the time" is more indicative of someone who simply needs to focus more on their most important one or two goals than people who are actually time-poor.

For the average person, there are typically three types of goals they can focus on; personal, professional and health. For each one, you should begin with an end in mind and set a medium to long-term goal. I’m a firm believer that when your efforts are not directed at a cause or a purpose, maintaining your motivation day in and day out becomes much harder.

By planning to the end you will not be overwhelmed by circumstances and you will know when to stop. Gently guide fortune and help determine the future by thinking far ahead - Robert Greene

When talking about the idea of change, Desmond Tutu once said that “there is only one way to eat an elephant: a bite at a time.” With that in mind, the next step is to map out a series of smaller and more attainable goals. Creating a habit of getting incremental wins is key to ensuring you gain and maintain momentum towards reaching your final goal.

However, it's absolutely crucial to choose these goals wisely. For example, your long-term goal might be to get a sales role in the technology industry when you graduate. You might then set a goal of doing a certain amount of interviews prior to graduating as the more interviews you do, the more likely you are to get a job right?

Unfortunately, the number of job interviews you get isn't within your control. Unresponsive recruiters, hiring managers and a number of other factors affect the scheduling of interviews and sometimes there's nothing you can do.

Instead, you should look at other input-focused goals that take you towards your goal without depending on other people. Since having a relevant skill set and networking well are both keys to a successful job search you may want to set a micro-goal of spending an hour taking online courses or sending 20 personalised connection requests every week on LinkedIn to grow your professional network.

If one of your primary goals is to get a new job and you've broken that down into smaller and more achievable daily goals, the system you implement is what really triggers progress.

One of the reasons people often fail to reach their goals is that they set up systems to override some of their more ingrained habits. Therefore, it’s important to learn how to harness your everyday behaviours to increase your odds of success, which can be done by creating an environment where reaching your goals is easier to do.

For example, if your long-term goal is to be healthier, something as simple as drinking more water might be a smaller goal that would fall within that larger goal. The system you could implement is to leave a pint glass next to your bed every night so when you wake up in the morning, you have easy access to it.

Similarly, if your goal is to get a job that requires specific skills, one of your smaller goals may be to spend 30 minutes three times a week doing online courses or certifications. In order to give yourself the best chance of success, your system could be to set your workspace up the night before so you're ready to hit the ground running the following morning.

If you want to take this a step further, write them down physically or schedule the time into your calendar to do them. Research has shown that you are up to 3x more likely to stick to your goals if you utilise implementation intentions. These are specific plans for when, where, and how you will perform the behaviour(s) that will help you get towards your goal. An example would look something like this:

Looking for a new job can often feel like a full-time role itself and it's not uncommon to grow weary of the process. While goals are useful for setting the direction, systems are what actually leads to progress. In fact, the primary benefit of having a goal is that it tells you what sort of system you need to put in place. The system itself is what actually achieves the results.

Periodically, take some time to reevaluate both your short and long-term goals to see how you're tracking and don't be afraid to make changes to either as you go. Your needs will change over time and that's a good thing as you learn more about yourself and develop.